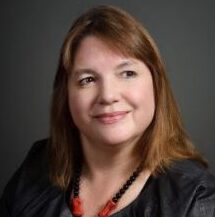 Alexandria, Va. – Computer CORE is pleased to announce the appointment of Donna Walker James as Executive Director, who began August 15, 2019.

Adam Schau, Computer CORE Board of Directors Chair says, “We are especially pleased to have Donna start as our organization prepares to celebrate the 20th Anniversary of Computer CORE in November. Donna brings the passion, energy, and expertise that we need to lead Computer CORE into our next 20 years.”

Katherine Morrison, President of Morrison Nonprofit Transitions, led the executive director search and added her observation, “Donna literally wrote the book on workforce development,” referring to James’ publications for the American Youth Policy Forum on education programs with positive outcomes including workforce connectedness. “She will bring excellent depth of knowledge to CORE’s work reducing the gap between employer needs and the skills of local job seekers.”

Prior to this appointment, James was Foundation Programs Coordinator at Goodwin House Foundation, Executive Director of Agenda:Alexandria, and Development Director of Senior Services of Alexandria. James also serves as treasurer on the boards of Living Legends of Alexandria and Concerned Citizens Network of Alexandria, and is involved with the organization of First Night Alexandria. She is a graduate of T.C. Williams High School in Alexandria, VA, and earned her BA in Urban Studies and Master’s Degree in Education at the University of Pennsylvania.

James follows Computer CORE founder Deb Roepke and Lynn O’Connell who each served as Executive Director for ten years. James thanks both these women for leading the way, as well as Katherine Morrison and Julie Meyers who held Interim Executive Director positions during CORE’s transitions.